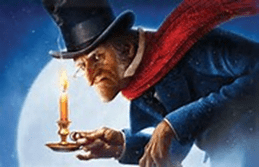 And if you’re reading this in January or March, it’s gone. In which case, you’re now existing in a festive-free world – perhaps similar to a Bergman filmscape, stripped back to baseline black and whites.

Although, as with the Christmas shop in the Cotswolds, which is open all year, I’d like to feel the various connotations are also open for debate all year. At least, that’s my case for you continuing to read on (and that’s the only sentence ending in a preposition I’ll be using from now on).

‘Christmas, children, is not a date. It is a state of mind.’ (Mary Ellen Chase)

Unless, of course, you’re a child and then Christmas seems to last forever. In my case, it was the car tires crunching on gravel which would signal that it was time to wake from whatever dreams nine year olds have and that we’d at last arrived at my grandparents. From that moment, everything seemed to slip into nostalgic slow motion and probably into black and white sepia touched film footage, perhaps waiting even now in the cobwebbed corner of someone’s attic for the moment when I become famous.

What strange footage it would make; everybody collecting for the Queen’s speech, Christmas games of pass the orange from under the chin, or passing the matchbox from one cold-clogged nose to another reddened nose, my uncles and aunts passed out in front of a James Bond film. Christmas was a time where the normal rules didn’t apply and in the case of the English this meant that most English experience of listening to the Queen and that most Un-English abandonment of personal space. 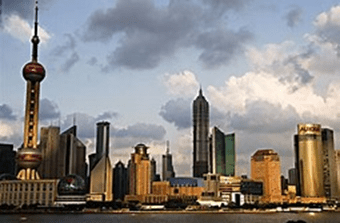 But now, we’re into the last week of term. Emails from academic coordinators have been circulated ordering that no slacking should take place, students long ago put up the white flag and surrendered and staff are going around in a state of disbelief. ‘It’s unreal’, says one as that long awaited and never arriving break from work is looming closer, ever closer.

We’re preparing for a Shanghai Christmas! In some ways, this isn’t so different from any Dickensian inspired Christmas anywhere. Like the early Christians, the Chinese shop keepers are quite happy to appropriate any world-wide customs and make business from and around them. So, the shops have fake snow on them and fairy lights; the streets are decorated with Christmas bunting. It could be any scene out of Dickens … or Disney!

In every other respect, though, Christmas is a welcome shock to your sense of reality – if you come from the West that is. In the last thirty years, Shanghai has been erecting high rise apartment blocks and shopping malls at a rate which makes the past seem a very long way away and the present like a Science Fiction film set. Look in any direction you care and a surreal mix of elevated roadways, golden temple roofs, raised railway lines, art deco hotels, neon lighting and modernist architecture will compete for attention as a backdrop to your Christmas card.

For my students, Christmas is a foreign concept, a distant competitor to Chinese New Year. Their reaction to learning about it is polite and friendly, however, they are also ‘polite and friendly’ over taking on second, western names or trying to conjugate verbs. Most extraordinary of all, they are still ‘polite and friendly’ as I load them up with Christmas homework. It’s the Christian thing to do, I tell myself – but their ‘politeness’ has taken on a slightly watchful and circumspect air.

‘And how did Little Tim behave?’ (Charles Dickens)

On Monday, I’m teaching them about the 1914 Christmas Day truce when fighting men emerged from the trenches to sing carols and play football together. It’s featured in the Sainsbury’s Christmas advertisement, which I borrowed as my Christmas gift from The Literacy Shed.

It’s almost impossible to take the imaginative jump from today back into the moist and forbidding smells of earth, the trenches filled with brown and foul waters and the uninviting crater riven barbed wire surrounds of No-Man’s land. Particularly difficult when it’s being relayed to you through the syrup of a Sainsbury advertisement.

So, I can only take a distant nod at trying to recreate it for my students, mostly with pictures and PowerPoints and snippets of poetry. That’s how we try to relay the misery from the past nowadays and to imagine those men caught between their memories of Christmas Past and Christmas Present.

Of course, as seen from one perspective, the miracle is that brief outbreak of peace and football. As seen from another perspective, the oddity is that they went back to killing each other fairly successfully for another four years the next day. But, as the men returning reluctantly to the mud-soaked misery of their trenches must have wryly thought,

Phil Briggs is presently working as Head of English at the Yew Wah School, Lingang, Shanghai. He started his teaching career in Hartlepool, England, in the nineteen eighties, then worked abroad for around ten years in Kuwait, Japan and Brunei. Most recently, he was also Head of English at Westfield School, Yeovil, and worked there for nearly twenty years