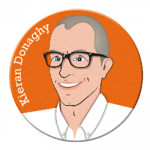 The site promotes the innovative and creative use of film in English language teaching and learning. All of the lesson plans revolve around the use of video and film to teach English. The site promotes cineliteracy, the ability to analyse moving images, and considers cineliteracy as a 21st century skill which our students need to learn. In addition, the lessons promote critical thinking in the language classroom, and  encourage learners to reflect on values while learning a  language.

Film English has become a very popular resource English Teaching bank and is visited by over 80,000  teachers every month and there are over 2.5 million page views a year. It has received critical acclaim winning various awards, including winner of Best Individual Blog and Runner-up in The Best Use of Video in the 2011 Edublog Awards; the 2011 TEFL.net  Site of the Year; and British Council Teaching English Featured Blog of the Month