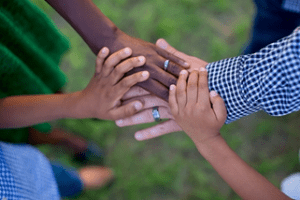 I was standing in front of the class, writing on the blackboard. We were playing a word game in our weekly English conversation class. My teenage students were making jokes and calling out ideas. And then one of them said a word that made me freeze.

Now a teacher has to be quick on her feet, but I just couldn’t think of what to say. A mob of emotions were fighting it out in my head: anger, disgust, sadness, annoyance, confusion, embarrassment, doubt, nerves. What an awful thing to say! How was I going to get the class back on track?  Did my students understand what had just been said?

This is a situation which comes up time and time again, in classrooms all over the world. I care a lot about my students, but I know they’re not perfect. Sometimes, I will hear them saying things which are sexist, racist, offensive to a certain religion or group of people in society. I’m going to talk about why students say these things, why teachers have a duty to respond, and most importantly – how we can respond.

How could you say such a thing? 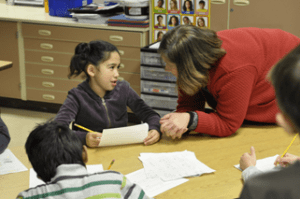 I want you to think back to the first day of a new school year. It’s September: the mornings are crisp and cold, and your new shoes feel heavy on your feet. You’re probably a little bit nervous, a little bit excited. You’re going through all the back-to-school rituals: new backpack, new pens and pencils, new look. The teacher is handing out new textbooks.

Typically the first thing many students do is flip through the biology book for naughty pictures, or look up naughty words in the French dictionary.

While this is not always the case, it often is. It happens with most subjects and, in fact, with most age groups. When we talk about science, we want to talk about the interesting squishy bits. In history, we want to talk about treachery, scandals and war. And when we learn languages, we want to learn the swearwords, the insults and forbidden words that show we can fit in. There are other factors, too. My students listen to music in at least three different languages: inevitably, they hear words they don’t fully understand.

Sometimes they hear other kids, or adults they admire and trust, using words that they haven’t heard before. Now, you’re probably not going to find offensive slurs in a school dictionary, so students only have one way to find out what these words mean: they test them out in class.

Why is it my problem? 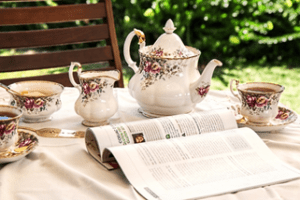 Being a language teacher means helping our students to communicate, to express themselves and to cooperate with other people in a new language. Our job isn’t just about tidy grammar and good pronunciation. It’s cultural education. Our students have to learn how to speak in different situations and to different people. They have to understand what’s happening around them, and how people react to what they say.

Even teachers aren’t immune to a clash between different languages and cultures. When I hear students saying something racist, bigoted or sexist, my instinct is to react to the offensive words, not the teaching situation. But what my students need is an educational response. They need someone to explain the power of the words they’re using. It’s easy to respond with horror or disgust to certain words, but always remember: you might be the first person who has ever taken the time to explain to your students what’s right, what’s wrong, and what it means.

Finding space in your schedule 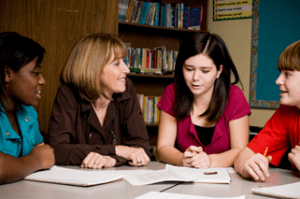 We’re lucky enough to live in a world full of variety. There are about two hundred countries in the world, seven thousand languages, infinite varieties of belief, political views, and opinions about the best way to cook a steak. The world is full of people who are different from one another! Through technology, new media, migration and open public spaces, people who are different are becoming more visible. That is an opportunity for tolerance.

It means that teachers have more of a responsibility than ever to educate our students for a diverse, kind and polite world. Unfortunately, we also have crowded teaching schedules and big fat textbooks to get through. So how can we integrate these discussions into classroom time?

This is a fantastic opportunity for students to stretch their intellectual muscles. Students experiment with words they don’t understand because they are curious: they want to see what language can do in the world. We can use that curiosity to trigger lively discussion and autonomous learning in English. 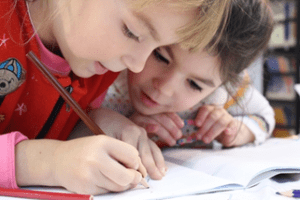 Have you heard offensive language in the classroom? (I bet you have.) How did you react? How are you helping your students to communicate better?