How Can We Boost ELT Association Membership?

‘Wow! What’s this?’: Imagine you are living in Australia. It’s an ordinary day in early October 2005. The bell rings. You answer the door.  A jolly delivery guy tells you he has brought you something. You look at the doorstep and you see two cases of… Coke Zero?!? You didn’t even know such a thing existed…. 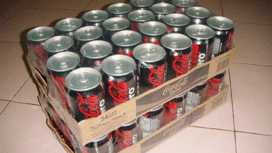 The campaign: …While you are signing for them, the guy tells you that one of the cases is for you, but that, if it is not too much trouble, you could perhaps share the other cans with friends as the company would love to have some feedback before launching the product. Oh, and if you were kind enough to do that, would you mind also asking them a few questions? Like what they think of the taste, the can, the logo design etc.? ☺

Watch this if you have an ELT business

If you were one of the 1,000 people to whom this happened back in 2005, you are no ordinary person. The company who ran the campaign had carefully selected these people as ‘early adopters’ *. And these people really knew what they were doing. Essentially, the company had outsourced the promotion of the product AND the market research to the consumers. And all this at the cost of a measly 2,000 cases of Coke Zero! Amazing!! ☺

But did it work? You bet it did! On average, each of these people gave cans to 17 of their friends and asked them for their opinion as well! That means the company had 17,000 independent opinions, virtually all from the target group (who would offer a coke zero to their 90-year-old grandmother?) each of which was worth a lot more than a street interview (chances are you take a request from a friend more seriously than that by a random guy in the street). And the company did take note of the feedback; some people said the white colour of the can was ‘feminine’ and too similar to Diet Coke, so the company changed the can colour to black!

The lessons: The campaign demonstrates a profound grasp of human psychology and there are a number of lessons for us:

Connectors: In any given field there are some people who wield far more influence than others. Gladwell develops a whole chapter to them in ‘The Tipping Point’. It can be that they are more knowledgeable (‘mavens’) or simply better networked (‘connectors’) and crucially, people turn to them for advice or value their endorsement a lot more. The idea here is that if you want to influence a particular field, it pays to focus on these guys.

Reciprocity: Cialdini claims that the desire to reciprocate a favour is a fundamental driver of human behaviour (even if you do not actually like the other person) provided the initial offer is a genuine one without strings attached. What did the Coca Cola people do? That’s right – they gave away cases of Coke Zero; it was up to the recipients whether they wanted to help with the research or not. The moral: if you want people to help you, do something for them first. For free.

The social dimension: The best way for an idea to spread is through word of mouth. The reason is simple: we trust our friends/acquaintances a lot more than we trust advertisers. Notice how these people were asked to approach their friends. You are much more likely to try a product and devote some time giving your views if you are asked by someone you know. That is why insurance agents ask you whether you could put them in touch with your friends. 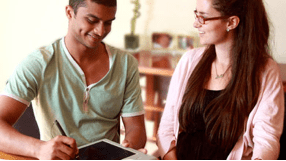 Investment: The more we do for someone / for an organisation / for some cause, the more positively we feel towards them and the more likely we are to continue doing so in the future. Countless studies have demonstrated this phenomenon (also known as ‘The Franklin Principle’). In this case, the more ‘research’ people did on behalf of Coca Cola, the more they felt closer to the brand. The moral: if you want people to get to like a project, get them to help somehow.

Control: The more autonomy people have and the more empowered they feel, the more motivated they are (Pink 2010 – p. 91). Notice that in this case,  the subjects could choose themselves how they would approach their friends and how they would conduct the research. Imagine how they must have felt when they found that the company actually changed something about the product in the light of their feedback! Showing people that their opinion matters is a huge motivator.

Getting people to join us: What struck me about this case study is how easily this idea can be applied in our field. Let us take our teaching associations for instance. One of the problems all such organisations seem to have is how to attract new members. Here is an idea – imagine for a moment you are the TESOL Greece chairperson:

The acid test: So what about the Coke Zero campaign? Did it translate into increased sales? Well, a month later, about a million Australians had tried the product. Three months later, Coke Zero was outselling Pepsi Max. On top of all this, the campaign was hailed by AC Nielsen as the best new product launch in 10 years….

1. People love to feel special. Personalised communication is far more effective than a general e-mail where we only change the name.

2. Flattery does work. Even if people can see through it at the time, it is effective in the long term because our vain brain wants to believe it.

3. Labelling is crucial. People tend to live up to the label and it acts as a self-fulfilling prophecy.

4. It is important that the commitments are specific – not general (see point vii). As for the badges, they do work but only if ‘owned’ – if people have taken on this role voluntarily.

How You Can Learn from the Politeness of Qatar *Miryokuteki Hinshitsu This is a true story. It happened to me a few days ago…