‘’Why would anyone hate Chick Kendle?’

[The side of ELT nobody talks about in public]

Who is Chick Kendle?: Chick Kendle is about 21. He has been teaching English for about 3 years, yet he is already assistant Director of Studies in the school where he works. He is also a University undergraduate – working on his final assignment. Upon completing his studies he is thinking of going to 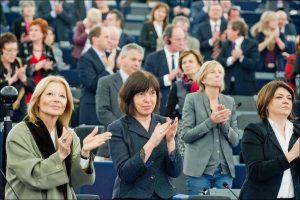 the US for a PhD (he has had offers from both Harvard and MIT to do research on ‘ELT in the 23rd Century’). Chick (aka CK) has his own site and blog; he posts and tweets regularly. He has been invited to many countries and he has given plenary talks in a number of conferences. His pictures can be found in all the social media – usually in the company of the great and the good. His first book (on E-learning) is coming out this summer and it has already been hailed as a ‘paradigm-shifter’ in no less than 50 blogs. He has received four ELTons so far and he is widely believed to be the next winner of the prestigious Nobel prize in ELT.

Human Nature: So how do people feel towards CK? We think that it all depends on who we are and how we have been brought up etc. and this is partly true. Yet there are certain core elements or predispositions which make up human nature (Buss 2009). Although I do not know you, I can make a reasonable guess that you like sweets and that if your partner told you they wanted to break up because they have fallen madly in love with someone else, chances are that (although you do love them) you would not be ecstatic for their sake… It seems that evolution has also equipped us with other traits…

A sense of fairness 1: This experiment (described in de Waal 2009) simply blew my mind when I first saw it  . Here is the idea: two capuchin monkeys are placed in two adjacent cages. They have been trained to perform a simple task: the researcher gives them a stone; when they give it back, they get a piece of food as a reward. Now if the monkeys get the same reward (cucumber), there is no problem at all. However, if one of the monkeys gets a piece of cucumber and the other one is rewarded by a grape (a much prized food item) then what was perfectly ok a minute ago, is no longer ok! The monkey throws a tantrum and she literally throws the cucumber back at the researcher!! (As de Waal points out, monkeys never throw away good food!) So here is the moral: A sense of fairness is not a cultural construction; it is a far, far more ‘basic instinct’.

A sense of fairness 2: Notice that the monkey threw the cucumber back at the researcher. Worse things have happened. Moe was a chimp who had been lovingly brought up by an American couple. Yet chimps are immensely strong (pound for pound about 4-5 times as strong as we are) and they can be cunning too, so when he grew up he was impossible to control and was moved to a zoo. Nevertheless, his doting ‘parents’ visited ‘their boy’ from time to time and on his 39th birthday they brought him a basketful of sweets to celebrate. That proved to be a huge mistake. Alas, the zoo also played host to some other chimps and they could all see what was going on. Two males broke free. They made a bee-line for the man. ‘They chewed off his nose, face and buttocks, tore off his foot and bit off his testicles’ (ibid 191). He only survived because his assailants were shot.

A sense of fairness 3: But surely any aggression is directed against the active agents?! What is a poor monkey/ape to blame if others seem to lavish care and attention on them? Well, it doesn’t work quite like that – and apes at least are aware of this dynamic. While in the middle of an experiment in a laboratory a bonobo (the chimpanzee’s cousin) was being rewarded with milk and raisins but after a while she started feeling uncomfortable. The thing is she was in plain view of the other members of her group! After a while she refused to have any more and she kept gesturing towards her mates. She only resumed eating when the others too had received some of the goodies… As de Waal points out bonobos are smart and that one probably realised that had she continued in this vain, there would have been ‘repercussions’ later on… (and bonobos are famous for being ‘good natured’!). To quote de Waal ‘Privileges are always enjoyed under a cloud’.

The other side of friendship: But what about CK’s friends? Surely they wish him well (after all, they spend half their day re-tweeting his tweets and ‘liking’ his posts!). But it is not as simple as that. Think about a colleague of yours who is also your friend. Now ask yourself this question: Who is the better EL teacher? Confess – it’s you, isn’t it? J  If you think so, then you are not alone. Abraham Tesser tested this. He asked subjects to evaluate their performance, that of a friend and that of a stranger on a range of tasks. Surprise – surprise; if the tasks were important to the subject, they thought that they were better at it than their friend! (Tesser & Smith 1980) There is more to come.

In another experiment, A. Tesser and J. Smith got subjects to play a game with a friend of theirs and then with a stranger. In the game, the subjects had to give clues to help their friend (or the stranger)
guess a particular word. The clues were in the form of words. For instance, if the word to be guessed was ‘grain’ some of the clues could be ‘wheat’ or ‘corn’ or ‘brookorn’. Did you notice anything about the clues? That’s right – the first two are quite natural, while the latter might actually puzzle the person trying t 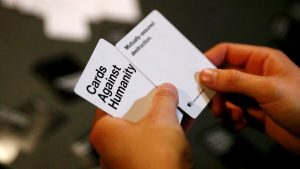 o guess. Now here is the interesting bit. If the experimenter told the subjects that the task was ‘just a game’, the subjects gave their friend the obvious clues and the stranger the others. But when the task had been described to them as ‘a measure of an
important verbal skills’, they gave their friend the hard ones! Subconsciously, they did not want them to do well!! Naturally, when they were later asked, they were completely oblivious to the fact, claiming they had given both clues of the same difficulty! The moral: friendship is a competitive business!! (Dunbar 2012)

Let us recap: So what can we take home out of all this?

How does CK feel about all this? Well, I cannot say I know for certain… But I can hazard some guesses nevertheless… Like most of us, in all probability CK is too busy ‘looking upwards’. Chances are that he is vaguely aware of colleagues who may have 40 years of experience, 2 PhDs and have published 17 monographs and if asked he is going to say they are good. But most of the time he is too busy comparing himself with people who are more successful than he is (‘Why was this guy Knighted and my name is not on the Honours List yet??!’ 🙂 When asked about his standing in the field and his contribution he is of course modest, but he knows damn well that he deserves every ‘like’ he has received – and more! Fine (2005) tells us that humans are vain by design and CK is no exception!. For instance, 98% of students rate themselves as having ‘above average’ leadership skills, while no less than 95% of University professors (who ought to know better) think the same about their work… (Gilbert 2006) *

CK and You: So how do you feel towards CK? Well, I think that partly depends on how CK got to be so successful. There are many possibilities here: a) talent and hard work [of course CK could be the Samuel 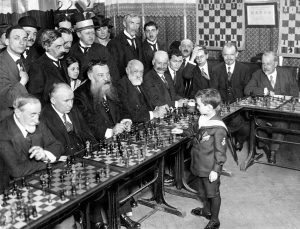 Reshevsky of ELT – see the pic on the right]  b) privilege [if your father has just bought CUP, chances are your book is going to be published]  c) connections [‘you publish my article, I’ll invite you to give a talk in my school’ etc.]  d) pure luck  e) a combination of some of the above. If it is (a) or (d) all is fine, but if it is (b) or (c) CK can be seen as jumping the queue. In any case, as by definition there are far fewer ‘prizes’ than professionals competing for them, CK’s awards means that lots of others are not getting any… 🙂 (I remember discussing this matter with a friend and he said ‘You know, science aside, this sounds suspiciously like sour grapes…’ ‘If by that you mean that I am human’ I replied ‘then you are right. Now can I have my grape please?’  🙂

* NB: Lest it be thought that I am above such things myself, I hasten to state that I am not! 🙂 It goes without saying that my articles are the best texts ever to issue forth from human pen (well, keyboard…) and my talks make those of Rory Sutherland pale by comparison… 🙂 Although hardly in the same league as CK, because of my job as a presenter I enjoy quite high visibility in Greece (esp when compared to some other, more deserving, colleagues). Naturally, rather than work tirelessly to make this a fairer world, I too spend my time ‘looking upwards’, occasionally grumbling about why so-and-so got a better room / a better time slot, etc… 🙂