Should I mind my own Beeswax? 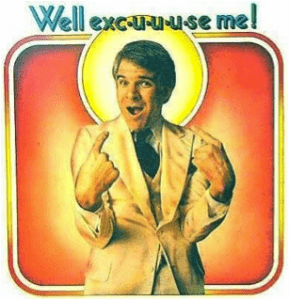 I made the mistake today of commenting on a colleague’s Facebook post, an English teacher from Russia, mentioning that the expression she had posted, “THE BEE’S KNEES”, hasn’t been used in years.

The response was references to both Voice of America and American English at State posts showing Bee’s Knees, where she had gotten the idiom from. Yes, I must admit I am old and I do know the expression. Yes, it has indeed existed in the language since the 1920’s. But it is obsolete.

{Forgive me my cultural naiveté – perhaps Russia is having a resurgence of 1920’s flapper movies that I am unaware of. Cool man!}

This raises the question, how was she, in Russia, or anyone for that matter, supposed to know that this is an outdated American idiom? Where can she check to see if this is popular enough in culture to warrant teaching it? Moreover, with so many common and current idioms that are still in use, is it prudent to be teaching new learners, even advanced adults, these dated idioms because they are cute or a curiosity?

Here is the example from Voice of America:

“Insect” Expressions
as busy as a bee, a beehive of activity, made a beeline, the bee’s knees, a bee in her bonnet, that is none of your beeswax, the birds and the bees, as mad as a hornet, stir up a hornet’s nest, have butterflies in your stomach, have ants in your pants, stop bugging me, put a bug in your ear, snug as a bug in a rug, sleep tight — don’t let the bed bugs bite

Surprisingly, “the bee’s knees” was the one she posted while the rest, still in use and very common, were overlooked. But in fairness to her, as well as teachers and learners everywhere, how could she have known?

On checking the internet a little, Google returned 752,000 results of “the bee’s knees”. Many dictionaries, while referring to the age of the phrase, made no mention of it being outdated until Dictionary.com with this:

the bee’s knees, Older Slang. (especially in the 1920s) a person or thing that is wonderful, great, or marvelous:

Her new roadster is simply the bee’s knees.

HELLO? WHAT CENTURY ARE YOU FROM? 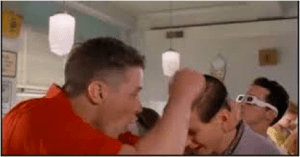 I am an American born in the late 1950’s. I heard this idiom on early TV and in old movies. Not once did I hear anyone from my generation or younger use it for fear of being labelled a nerd or a geek. Hello, the 1920’s called. They want their idiom back! (See, I am old).

I remember watching the reruns of the original Superman TV show with Perry White exclaiming “Great Caesar’s ghost!” I remember saying “groovy” in the 60’s. My nephews still laugh at me when I say “cool” or “sweet” being sure to remind me how old I really am.  When I asked some highly educated younger Americans what is meant by “Bee’s Knees”, most thought I had said “Bee’s niece”. They had never even heard the expression. 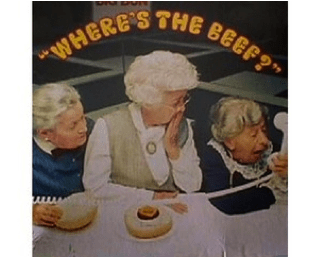 What about these old idioms and catch phrases? Many have endured. Many are a humorous reminder of days gone by. How is one to know though? Scattered throughout, I have included some that, although a huge part of American pop culture in their day, hardly deserve mention in an EFL/ESL classroom. Following is a list of idioms from the past. Some are still used, some are so outdated that their usage will raise more than a snicker from any native speaker. But again I raise the question, how can one be sure?

I can only envision throngs of foreign tourists, armed with their plethora of useless idioms and catch phrases walking the streets of New York and asking “Pardon me, daddy-o. Could you be the man and direct me to a hip speakeasy so I may get down and jiggy with it tonight with my bodacious, phat old lady?” What a visual.

SHOW ME THE MONEY! 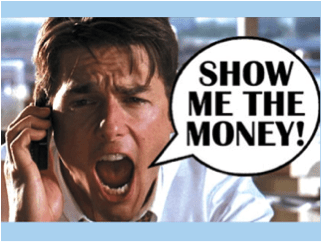 In researching this, I was surprised to see that “Keeping up with the Joneses” was from the ‘40s and not the ‘60s as I thought. Curious indeed. Interesting for me, someone keen on etymology and how language has developed. But I wouldn’t teach it to a new generation of language learners while eschewing more common and useful idioms. It doesn’t seem to be “hip”. But alas, to thine own self be true.

English is fraught with idioms that have endured the test of time. Perhaps we need a more organized way to research them so the millions of learners out there will be able to differentiate the new from the old, the right from the wrong. And making it even harder is regional language.

Many students have told me horror stories of trying to use terms and expressions they had learned in class and from course books only to realize that no one understood what they are trying to say. Sadly, the results were often that the frustrated student ended up afraid to talk at all for fear of embarrassment. Is this our intention as teachers? As material providers? I hope not.

I remember a fellow teacher, who, after visiting the US said, “Robbie, I was asking people in the US where the zebra-crossing was and no one understood me. Are all Americans that stupid?” What he failed to realize, in fairness to him, is that zebra-crossing is a British term for a crosswalk. Most Americans have never heard of this expression. I know that he had learned it from a poster supplied by a British publisher. Unfortunately, we taught at an American English course. Are we teaching culturally correct English? Are we making students aware of the differences between the “languages” in other countries? Are we teaching “real” and authentic language? Are we using outdated materials? Are we outdated?

I have been living outside of the US for 12 years now. I am afraid that I don’t know all the new slangs. Since being in Brazil, I have heard expressions like “my boo”. I had to Google it!

Language is alive. It is ever changing. Just check out this video from 2012 with Dan Rather, a venerated news anchor in the states to see some examples that have made it to the dictionaries. 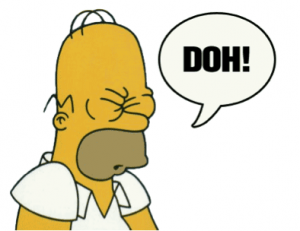 Before we decide to teach idioms, expressions and slangs, we should think of the acronym URN. Is it useful? Is it relevant? Is it nonsense? Should it be put in an urn on the mantle with Grandpa’s ashes?

Of course many older idioms are still in use. My question would be to Voice of America, whose voice is it? My grandmother’s? Perhaps a little more care is needed in deciding what they, and we focus on in language as our learners are looking to us as their source. I am a huge fan of both VOA and American English at State, and I mean no disrespect. I just wonder, with so much to teach new speakers, why we are teaching new students something they will probably never hear, and most definitely, should never use. 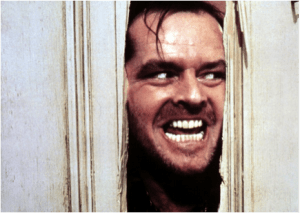 They say everything old comes around again, so I’m going to try to bring back some old favorites such as “Socrates’s socks”, “the eel’s ankle”, “the elephant’s instep”, “the snake’s hip” and my new favorite for use here in Brazil, “the capybara’s spats”.

Here is a nice collection of idioms by decade from HOW STUFF WORKS by the Editors of Publications International, Ltd. Do you know which of these are still commonly used?

Do you know which of these are still commonly used? Post your ideas, thoughts and comments here and let’s see if we can come up with a solution.

Rob Howard is the owner of Online Language Center, a live online course for C1/C2 level students. He is a teacher, tutor, trainer, material designer and writer for ESL/EFL. He is also a consultant and has been a frequent speaker internationally regarding online retention as well as using technology in and out of the classroom. He is also the founder of EFLtalks utilizing social media to build a worldwide PLN for new and future teachers.

On Being An EFL Textbook Author Making it as a writer is hard. Making it pay even more so. I know. I’m a published… 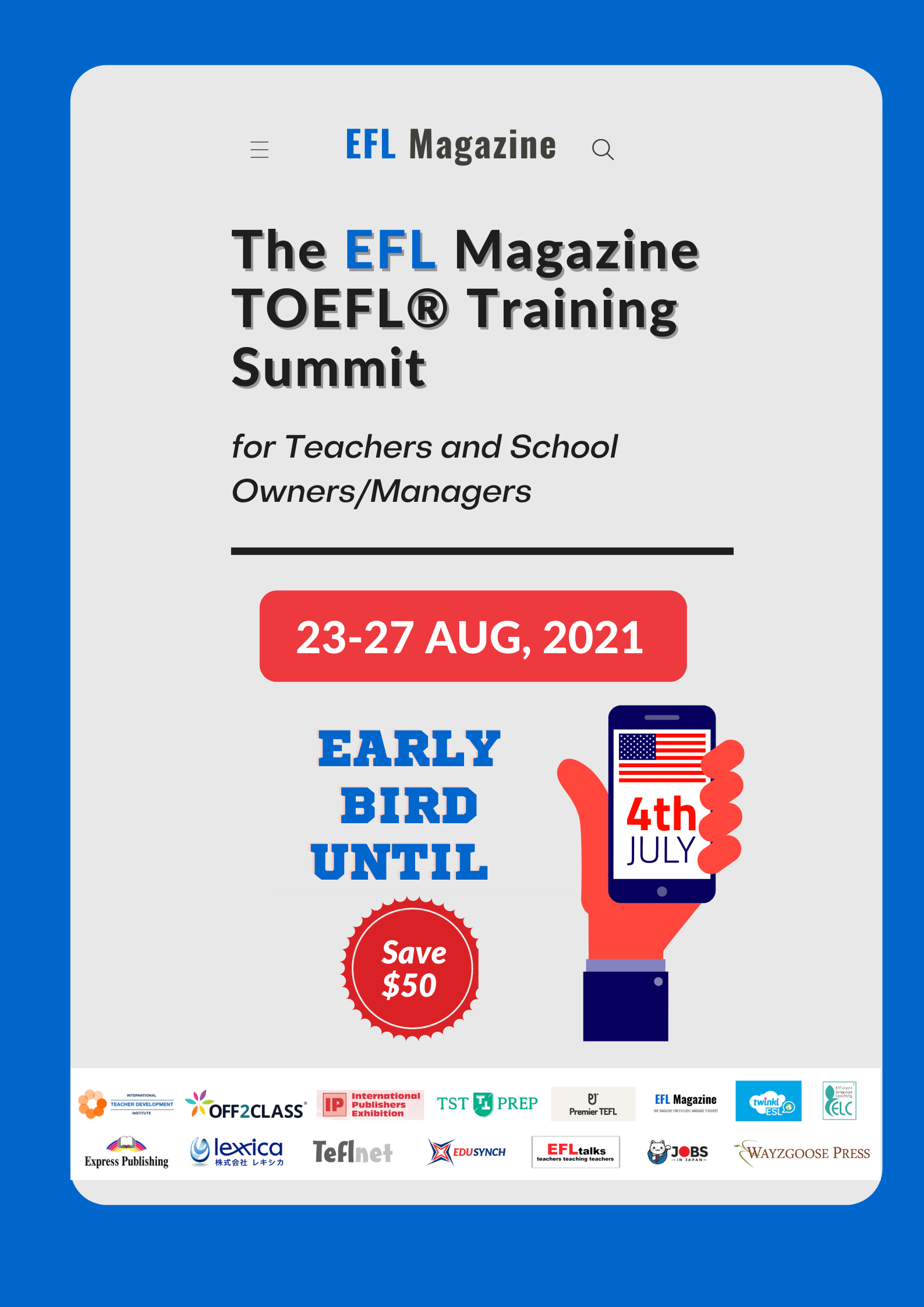