In Shakespeare’s Romeo and Juliet, conflict between families brings Juliet to call upon Romeo to forsake his Montague name so that they can be together.

She calls out to Romeo with:
What’s in a name? that which we call a rose By any other name would smell as sweet; (Shakespeare, 1597)

Would deserting his name resolve the family feud? 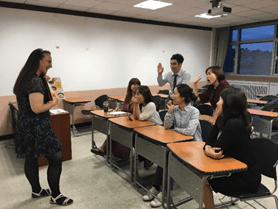 In the U.S. alone, there are several renowned, lengthy, bloody family feuds, two of which include the Hatfields vs. McCoys and the Turks vs. Joneses that refute Juliet’s idea. Hence, it is not only what something is that matters, but what it is called. In other words, names are important, and names can affect others’ view of people and things.

One of the 10 Commandments Moses is believed, by the three major Abrahamic religions, to have received while on Mount Sinai is “Thou shalt not take the name of the Lord thy God in vain”. Moreover, in Carroll Lewis’ Through the Looking Glass and What Alice Found There, Humpty Dumpty discusses the importance of a name:

‘must a name mean something?’ Alice asked doubtfully.
‘Of course it must,’ Humpty Dumpty said with a short laugh:
‘my name means the shape I am— and a good handsome shape it is, too.
With a name like yours, you might be any shape, almost.’ (Carroll, 1871) 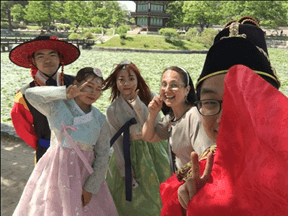 In the movie 황산벌 (Battle of Hwangsanbeol) released in 2003, General GyeBaek (계백) uttered this well-known Korean proverb: 호랑이는 죽어서 가죽을 남기고 사람은 죽어서 이름을 남긴다, which translates to “When a tiger dies, it leaves behind his skin, but when an individual dies, they leave a name.” General GyeBaek’s wife declares, “First kill the wife and children!” as this will end the family name. This single proverb clearly highlights the importance of one’s name in Korean society.

Like other ‘honour societies” such as Spain, Italy, and France, the concept of one’s name is strong in Korea. To Koreans, one’s name is honour for oneself, one’s family, one’s community, and one’s society, and as such, it is one’s legacy. If any disgrace or shame should fall upon one’s name, death is seen as a means of redemption. General GyeBaek inspires his soldiers on the battlefield by vowing to leave nothing behind for the enemy except his name for the history books. In more recent history, former President Noh, shamed by family scandals, took his own life to prove his innocence and immediately the investigations halted.

“Original Korean names have certain linguistic characteristics. Everybody has his or her own name as a proper noun in order to be distinguished from others. When naming names, persons who name a person`s name put a certain meaning on it by various ways” (Jeong, 2011, p. 110).

In Korea, the surname precedes the given name. The given name is usually two Chinese characters, one of which indicates the person’s family tree generation; however, today there is more variety, ranging from two to four syllables to pure Korean to Christian Biblical names, but these are rare compared in the overall population. Hence, given names, because they are typically pure Korean or Sino-Korean and were created by parents or grandparents after deep consideration, like family names, have deep meaning for Koreans as in the following illustrations: the Sino-Korean characters for 지현 (Ji Hyeon): 지현 (知 炫) 知(wise) and 炫 (bright), and the pure Korean name 하늘 (Ha-neul): 하늘  sky.

Hence, one’s name is important. Learn your students’ name and use them. Do away with the adoption of English names, titles such as Mr/Ms Lee, and other “Hey You, in the back” expressions. Beside the cultural anthropology aspects, it is good teaching practice. Among the personal benefits I have procured from this endeavour is a sense of closeness and comfort with students and the delight, upon hearing someone shout out my own name, to reply with, “Oh my ‘S’! It’s been years!”

Yvette Denise Murdoch teaches in the Department of English Education at Hongik University in Seoul, South Korea. Working in the EMI environment, she has a profound professional and personal interest in contributing to the betterment of that teaching-learning environment.

Should Freelance Teachers Advertise Their Prices? (Part 2) Who are your customers? What arguments can you give, for or against, for putting prices on…