To teach new language successfully, and in a way that students are interested in, it can often help to point to something beyond the language itself in order for the students to understand what is being taught. In fact, we all do this all of the time when using language — without it, language would be almost entirely unintelligible.

Much has been written about pragmatics, and of the deconstruction work of Jacques Derrida, but as a very simple way of understanding this point, consider the sentence ‘It’s raining’. The so-called ‘dummy pronoun’ of this sentence, ’it’, is a ghost. There is no ‘it’.  All that is intended to be expressed is that raining is happening, but the rules of English insist on a subject, and so we end up with what is, on face-value, a nonsensical sentence: ’It is raining’, but there is no ‘it’! Knowing the rules of the language, we all readily jump aboard and run with the implied meaning, but I would argue that this would be a very problematic sentence for someone who who has, for whatever reason, never experienced rain before, and who is trying to learn English.

In much the same way, anyone trying to understand Zen Buddhism by reading about it won’t get anywhere. As its core, Zen Buddhism is all about experience. There are texts that try to explain and describe the experience, but these largely exist to nudge someone towards having the experience, or to provide a scaffold for the experience. Any attempt to understand Zen Buddhism via intellectual study would be like trying to describe a colour that someone has never seen before, or “a quenching of thirst with salt water”, as Alan Watts puts it in The Way of Zen. (Indeed, the most famous Zen literature, the Zen koans, are — if anything — a complete and utter satire of language, and are designed to break the reader free from the subject-object binary spell that it creates.)

Just as Zen emphasises direct, real-world experience, and uses language to point towards the experience and not as an end in itself, so to should our approaches to teaching language. This example may be a little on the nose (if the title of the article wasn’t on the nose enough already!) but it’s a useful way of illustrating the point. Below you will see some images, and I want you to think about two things: 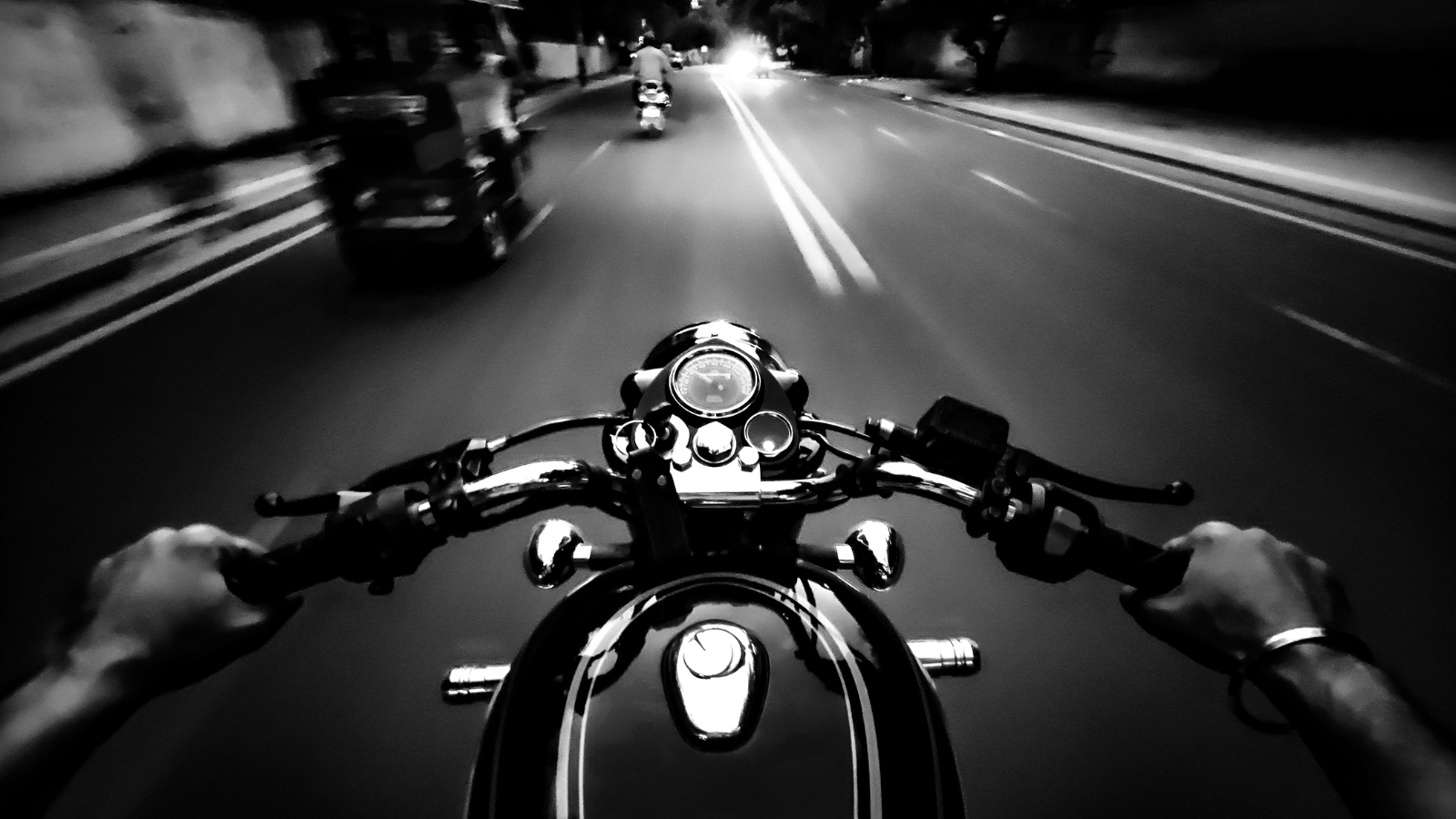 But why is that? Isn’t a motorcycle’s underlying form and bits and pieces really what it is? This raises an interesting philosophical question, but I’d argue that in terms of humans having a human experience, a motorcycle is understood mostly in terms of what it’s used for and how it looks once it’s all put together, and without first having seen or ridden a motorcycle it will be either extremely difficult or extremely boring to try to work it all out from a diagram of its component pieces.

In much the same way, any attempts to try to teach students a language purely by writing sentences out on the board and annotating the verbs and the nouns and the adjectives will be rejected by students for being both completely uninteresting and completely unintelligible. Before the language is analysed and broken down, students first need to understand its meaning and how it is used, and they need to care about it, or else they probably won’t pay much attention to any attempts to teach it. For the students to care, we need to look to trigger some kind of emotional response first, and to show that learning is a ticket to an experience. Only once the context has been set and student engagement has been achieved can the teacher then move on to a more direct presentation of the language itself.

Possibly the most commonly heard advice in any creative writing class is to follow the maxim ‘Show, don’t tell.’ This advice is equally applicable to language teaching, if not more so – after all, you may not have many comprehensible words to use for the telling! But by ‘show’, do we mean showing the students the written form of the language? That certainly has its place and should be a part of a presentation of language, but at the end – not the beginning.

What should be done before writing the language on the board will obviously vary depending on the language point, but there are some principles that should find their way in no matter what language is being taught:

Consider the two approaches below. Both teachers are teaching ‘have to’ for external obligation.

In Approach 1, the teacher makes no attempt to engage the students or set a context for the language. The focus is immediately on the form, and the meaning comes up almost as an afterthought. By zeroing in on the form first, the teacher indicates that this is of primary importance. Any relevance of the form to the real-world, to something that the students might care about, is swept underneath the language itself.

As language teachers, then, we would be wise to follow the advice from Zen Buddhism of not mistaking the finger pointing at the moon for the moon itself. Language is a tool for communication, and unless the students are very advanced (or are studying something like linguistics or the philosophy of language), any language class that focuses primarily on communicating about the form of the language being taught will be about as useful as a ruler measuring its own length.

Tom Woodhouse is an educator, writer and editor based in Taipei, Taiwan. He has worked in the ELT industry for the best part of nine years, and is currently the Senior Director of Studies at Shane English School Taiwan.