The TH-sounds /θ/ and /ð/ (dental fricatives) can be challenging for English language learners to master if their native language (L1) does not include them. The likelihood of this is high because TH-sounds are not found in the majority of the world’s languages. For this reason, many students find /θ/ and /ð/ unnatural and impossible to produce. Therefore, what tends to happen is language students substitute the two TH-sounds for sounds that exist in their own language.

There are currently over a billion English language learners worldwide. By 2020, the number of people learning English will be two billion (British Council, 2013). Could these learners, many of whom may migrate to English speaking countries, influence the future of Th-sounds?

I have always particularly liked teaching my adult English language learners the TH-sounds /θ/ and /ð/ because I enjoy the challenge of getting them to produce what are considered to be the most difficult phonemes to master. However, the success rate has been varied, possibly because TH-sounds only occur in a few of the world’s languages.

Only forty three (7.6%) of a sample of five hundred and sixty seven languages have TH-sounds (Maddieson, 2005), which would explain why so many students find it difficult to correctly articulate them. So why persevere with TH-sounds in the classroom? Saidi (2017) points out the importance of teaching pronunciation to make learners aware “of the idiosyncrasies of the target language” and through this, students are more “likely to achieve a native-like pronunciation”. Focusing on idiosyncrasies of a language such as the phonemes /θ/ and /ð/, I believe, ensures that students have a thorough understanding of the phonology of the English language even if they do not achieve native-like pronunciation.

Not achieving native-like pronunciation of TH-sounds is not necessarily going to disadvantage English language learners, as a foreign accent does not always act as a communicative barrier. However, if the listener cannot easily predict the meaning of a word or an utterance that contains TH-sounds from the context, then a breakdown in communication is inevitable. Therefore, Intelligibility (the listener’s ability to recognise individual words or utterances [Smith and Nelson, 1985]) of TH-sounds is arguably very important if learners want to achieve communicative success. This I believe makes the practice of TH-sounds in the foreign language classroom very worthwhile.

How Frequently Do The TH-Sounds Occur?

Of the one hundred most frequent words used in the English language, fourteen contain the TH-sounds: the, that, with, this, they, there, their, them, other, than, then, think, these, through (oxforddictionaries.com). A few decades ago, Carr (1967, p8) wrote of the importance of teaching the “honourable TH-sounds” of English. She based this importance on the high frequency of TH-sounds in the English language. Some years before Carr’s paper, Zipf (1935) reported that in a stream of speech the word the occurs once in every eleven words. The high frequency of the word the, together with the other TH-words mentioned above, arguably gives English language teachers a reason for learning as much as they can about several possible approaches in the teaching of the voiced fricative sound /ð/ and it’s voiceless counterpart /θ/ (Carr, 1967).

There are many resources available to teachers who are interested in teaching the TH-sounds. Some on-line videos of note that teachers can take into consideration are:

However, the TH-sounds /θ/ and /ð/ differ when it comes to voicing, which basically refers to the articulatory process in which the vocal chords (or folds) vibrate. The phoneme /ð/ is ‘voiced’, that is, the vocal chords vibrate to amplify the sound, e.g. this /ðis/, then, /ðen/, though /ðəʊ/. In contrast, /θ/ is voiceless, that is, the vocal chords do not vibrate; the sound only relies on air passing through the mouth and the teeth, resulting in a softer Th-sound, e.g. theatre /θɪətə/ thought /θɔːt/ and thank /θæŋk/. Both /θ/ and /ð/ can be described as a voiceless and voiced pair.

Most language teachers are aware of the classroom discovery activity to help learners notice the difference between voiceless and voiced consonants. The activity asks learners to place their fingers on their throat to feel the vibrations of the vocal chords that occur with voiced consonant sounds, in this case the phoneme /ð/. 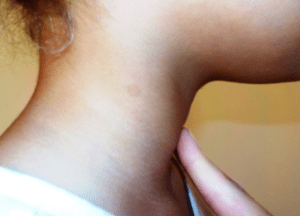 Death Of English TH-Sounds Within 50 Years?

Because TH-sounds are not common in other languages, they are likely to die out. This is the view of Watt and Gunn (n.d.), who state that by the middle of this century, the TH-sounds will have vanished completely in London. What are Watt and Gunn basing this prediction on? Well to begin with, Received Pronunciation (RP), often referred to as the ‘Queens English’, has long been in decline.

Today fewer than 3% of the British population speak RP. Cockney, a variety of English spoken by the working classes originally in the East End of London, well known for its ‘rhyming slang’, is also in decline and has been for some time. The 1980s saw the emergence of Estuary English (EE). EE can be described as a hybrid of RP and Cockney. EE, like RP, is associated with standard grammar and usage, but shares certain phonetic characteristics with Cockney, such as ‘th-fronting’, i.e. using labiodental fricatives /f/ and /v/ instead of dental fricatives /θ/ and /ð/ (Wells, 1997).

London is one of the most ethnically diverse cities in the world, where many languages and varieties of English are spoken. Watt and Gunn (n.d.) predict what will take place is a homogenisation of spoken English, due to the increase of multiculturalism that will eventually spell the end of the TH-sounds.

Watt and Gunn (n.d.) further claim that over the coming decades, EE, like RP and Cockney, will be spoken by fewer and fewer people and will itself die out to be completely replaced by Multicultural London English (MLE). MLE is used to describe a range of distinctive features used in multi-ethnic areas of London (Cheshire et al, 2011). MLE is heavily influenced by Afro-Caribbean, African, Indian English and other Asian Communities (European migrants may also contribute to MLE), in other words, communities that do not have TH-sounds in their phonology.

MLE shares phonetic characteristics with both Cockney and EE, one being ‘TH-fronting’ (Wells, 1998). In TH-fronting, the voiceless fricative /θ/ becomes /f/, in other words three, thing, maths, and north become /friː/ /fɪŋ/ /mæfs/ /nɔːf/. Also, the voiced fricative /ð/ often becomes /v/ (except in the word initially), in other words bother, mother and either become /bɒvəʳ/ /mʌvəʳ/ /iːvəʳ/. Another feature of MLE is ‘TH-stopping’ where both voiced and voiceless dental fricatives can be stopped, so that this and thing become /dis/ /tiŋ/.

Whether TH-sounds do actually die-out in London in the future remains to be seen. Indeed, if they do, then it also remains to be seen if the trend spreads to other parts of the UK and beyond. Could TH-sounds also die out in North America and Australia, for example? Interestingly (or perhaps alarmingly), Watt and Gunn (n.d.) argue that death of TH-sounds may come as a relief to most English language learners due to the difficulty they have articulating the two phonemes. So the question is, should language teachers bother (or indeed bovver) to focus on TH-sounds if linguists are convinced they will eventually become extinct?

Well firstly, they may not become extinct, and secondly, as has been pointed out in this article, successful communication depends on intelligibility.

There will always be language students who want to pronounce the TH-sounds as best they can, so language teachers owe it to them to provide as much practice and guidance as possible. Conversely, many teachers and students may not prioritise accurate articulation of TH-sounds; it might be the case that differential substitution of /θ/ and /ð/ might actually have minimal communicative impact in most contexts. Whatever language teachers and students decide to do concerning the TH-sounds, I think everyone should enjoy them while they are still in existence.

Jonathan Owen has over 20 years teaching experience. He has a BA in English Language and Literature from Loughborough University, an MA in Applied Linguistics from Lancaster University, and an Advanced Diploma in Educational Management from Leicester University. He is currently an Examiner for BAE Systems in Saudi Arabia. He has previously worked in Turkey and Thailand.

Nick Jaworski is an internationally recognized executive in the field of behavioral health marketing and operational consulting with experience building organizations across four continents….