In today’s world, it’s hard to deny that the ability to speak English can offer students real professional and academic advantages.  However, English education as an institution, has a dark history with deep roots in colonialism and racist policies.  For the longest time English was a language that was forced on others around the globe as a tool to control them – from the way the British Empire used English to oppress the large majority of Indians, to how the U.S. government forced Native American children into English-only boarding schools.

While these specific policies may no longer be in place, English imperialism is still at work in the world – look no further than America’s “English Only” movement, or the way English standardized tests reinforce socio-economic barriers in many countries.

So how do we, as English teachers, begin to recognise and break free of the imperialist forces that established English as a global language?

I used to include a section on my speaking test rubrics for “Native-speaker-like Pronunciation.”  I have changed this to “Clarity/Comprehensibility” for a couple reasons.

First, there is no standard “native-speaker” pronunciation. British and American English have completely different ways of saying the same word (see: tomato).  Even within a single country, like the United States, different regions have different expressions and accents.  I’ve been teased more times than I can count by fellow Americans for the very Minnesotan way I pronounce words like “flag”.  Not to mention the many other countries with English as an official language – Singapore, Jamaica, the Philippines, for example – where all sound quite different from each other.  Countries like Ghana have changed English with their own adaptations.

Even more importantly, why should native-speaker-like pronunciation be a goal in the first place?  Language learners will likely never sound exactly like a native-speaker in their second language. I’ve studied Japanese for 12 years, have lived here for four, and speak Japanese at both work and home – but Japanese people can still tell that I’m not a native-speaker.  Does it really matter that I will probably always have an accent?  I’ve come to realize that passing for a native-speaker is not the ultimate goal.  Instead, I focus on being able to communicate clearly and effectively, whether it be a deep conversation with a friend or a dental appointment.  I’ve decided to hold my students to this same standard.

Whenever I introduce an American holiday to my students, such as Thanksgiving, I make sure to stress that the photos and stories I’m sharing are only representative of how my family – a white Midwestern American family – celebrates the holiday. Not every American eats turkey on Thanksgiving – not every American even celebrates Thanksgiving! To paint a complete picture of the wide range of customs within this single holiday, I often ask friends to send me pictures and descriptions of their own family traditions to share with my classes. That way, my students get to see my Japanese-American friend’s Thanksgiving sushi, and my Salvadorian friend’s Christmas pupusas.

I try to extend this emphasis on cultural diversity to linguistic diversity as well. When a student asks “How do you say that in English?” I answer, “This is how I would say it.” As educators, we should be aware of the ways that our own race, class, and gender influence our language, and avoid making blanket statements about what constitutes “proper English.”

I also strive to show students that English is not just a tool for non-native speakers to communicate with native-speakers. I once did a video exchange project with my Japanese junior high school students and a colleague’s students in South Korea. Both sets of students realised that they could use English to communicate not only with Americans or Australians, but with people in virtually any country. We all finished the project with a much stronger sense of English as a shared language that belongs to the world.

Native-speakers don’t necessarily make the best teachers, precisely because they are native-speakers. When I’m teaching Japanese-speakers, sounds like “r” and “l” that don’t exist in Japanese, I use my linguistics background to explain where and how they should move their tongues to make the sounds. But making the “r” and “l” sounds is – and always has been – natural for me, since I’m a native speaker.

My Japanese colleagues, on the other hand, have practiced and learned how to make these sounds themselves. They are in a much better position to give advice and guidance to Japanese students. For the same reason, I can explain how to conjugate Japanese te-form verbs better than most Japanese people – because I’ve had to work hard to learn it myself. Non-native teachers are rich sources of knowledge when it comes to teaching second-language learners.

However, most English schools and teaching programs still prioritise hiring native-speakers. It’s very common to see job advertisements looking for “native-speakers only,” or even native-speakers from certain parts of the world, like North America. As a former participant of the JET Program, I was able to land a high-paying job teaching English (with no actual teaching qualifications at the time) thanks to my U.S. passport. I’m grateful for my experience, and I worked hard to be a good teacher during my time in the Japanese public school system. But I’ve come to believe that native-speakers have an obligation to push back against language and hiring practices that prioritise native-speaking status above all else. 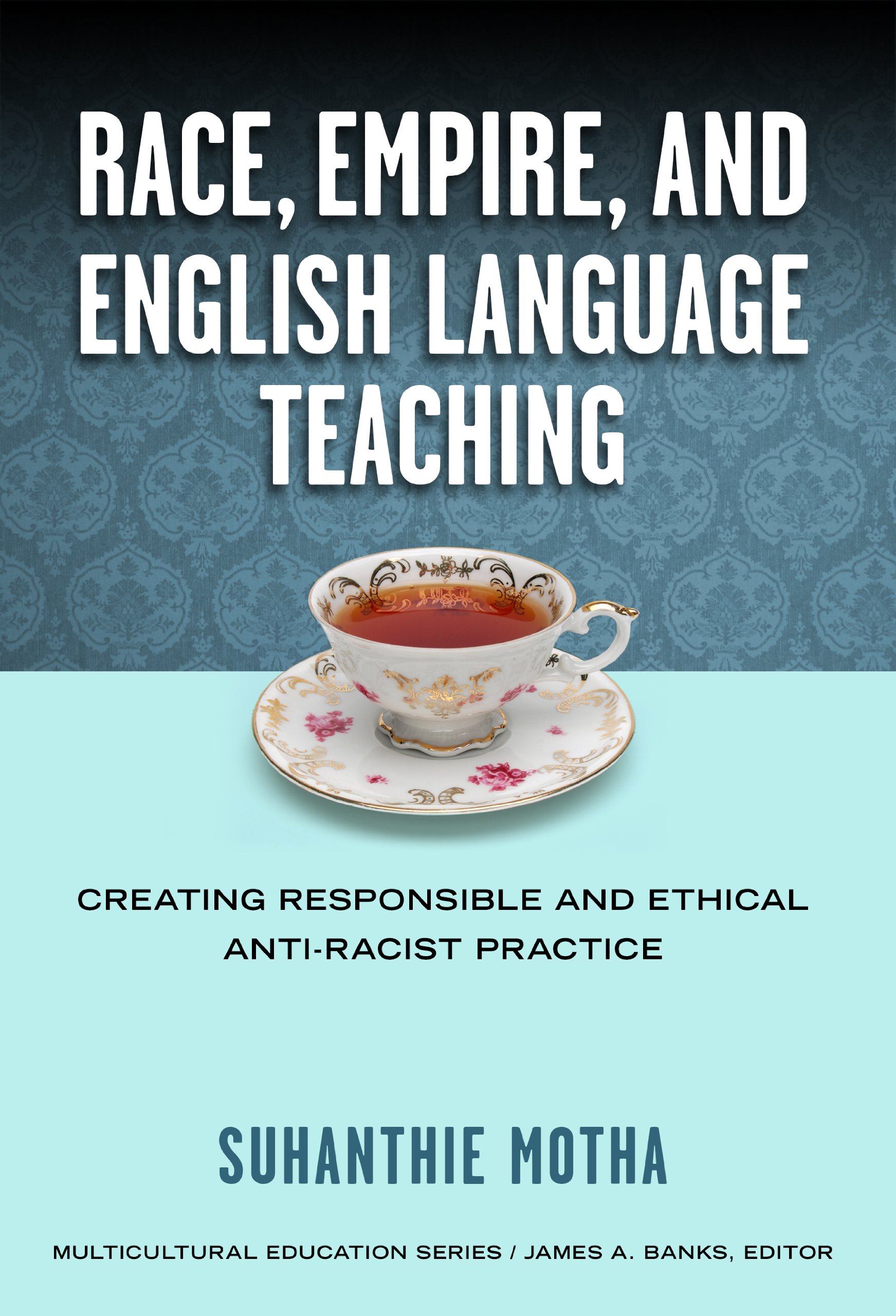 Decolonising the classroom is a never-ending process. It’s our responsibility as teachers to continually challenge ourselves, through books, online resources, and the opinions of the teachers and students around us. One of the books that has been the greatest help to me is Suhanthie Motha’s Race, Empire, and English Language Teaching, which dives into English linguistic imperialism and how it still appears in schools today. I also recommend exploring the philosophy of culturally relevant pedagogy, which focuses on incorporating all student identities into your curriculum and teaching,

Finally, seek out opinions from your peers, coworkers, and students. It can be hard for students to push back against curriculum or teaching practices that a teacher seems invested in.  So, give them plenty of low-stakes ways to share their ideas through informal polls or anonymous written feedback. When teaching English abroad, avoid kneejerk reactions to certain teaching methods or academic goals that seem counter to your own culture priorities.  Before passing judgement, seek to truly understand how your local colleagues and students feel about the situation. And be open to changing your mind. I now embrace Japanese teaching practices that I heavily criticised when I first started teaching here, because I’m much more informed about local academic systems and student needs.

Everyone – teachers, students, entire communities – benefit when we work to make our classes safe spaces for learning that do not perpetuate racist or imperialist ideas about what language education should look like. English has become an incredibly diverse language used by incredibly diverse populations around the world. Let’s make our classrooms better reflect this reality.

Amber Bunnell has been teaching English for six years, in both Japan and the United States. She holds an M.Ed. in Second Language Education and U.S. teaching licenses in Japanese and English as a Second Language. She is a co-founder of the grassroots organization Tsunagu Mima World Community, which provides free meals and cultural exchange opportunities to children in Tokushima Prefecture. Follow her adventures teaching and traveling at ambersensei.mima on Instagram.

On 26 June 2019, the British Accreditation Council for Independent Further and Higher Education (BAC) introduced reduced inspection and accreditation fees for middle and…