I. Introduction: Conceptualizing English as a Lingua Franca (ELF)

Any lingua franca through time has made possible the communication of people who have different mother tongues. Jenkins (2006, p.11) indicates that ELF “emphasizes the role of English in communication between speakers from different L1s, i.e. the primary reason for learning English today.”

Obviously, ELF is not a feature of national identification; nonetheless, it could be argued that it has developed a sense of unity among its interlocutors since English “used as a Lingua Franca functions as a shared repertoire within groups of social actors who are mutually engaged in a joint enterprise. Overall then, the social actors engaged in ELF form a community of multilingual sojourners ” (Smit, 2010, p. 65)

II. English as a Lingua Franca in Tertiary Education 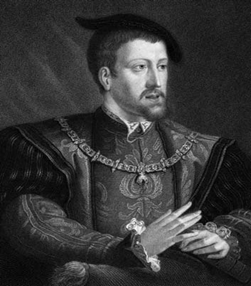 Charles V (1500 – 1558), the Holy Roman Emperor, was a multilingual Emperor having great knowledge of several languages. There is a quotation attributed to him about the nature of each language and how it is supposed to be used. Although there is a plethora of variations, most of them include the following words: “We should speak Spanish to the gods, Italian with our female friends, French with our male friends, German with soldiers, Hungarian with horses, and Bohemian with the devil.” (The Ladies’ Repository,1808). In many of the variations English is not referred to at all, probably because England was not considered to be part of Europe. However, when there is a reference; English is considered appropriate for talking only to birds and geese (http://jsbookreader.blogspot.gr/2010/06/charles-v-language-meme.html), or even to horses (Cameron, 2010, www.theguardian.com/books/2010/…)! His words obviously reflect not only his personal attitude but also contemporary stereotypes and prejudices; of course, the joke would turn on him if we could see that the language that he once dismissed as inappropriate for cultivated people is now the most powerful linguistic tool among university staff and students and scholars.

English as a medium of studies has emerged as a highly efficient, state – of – the – art linguistic instrument which serves English medium degree programs with their students originating from a variety of linguistic and cultural backgrounds. Gradually, English is being implemented even in universities which until recently have used their own national languages for their courses (with the only exception being the programs which target the specific language). Although this is still the case in many universities, mainly in southern Europe, steps have been taken towards the direction of English medium under – graduate and post – graduate programs.

University students are possibly the most significant part of academia, considering that many of these international students who use English within their research teams, in their Master’s or short exchange programs are going to continue to a career. Therefore, it is of paramount importance that these students are able to communicate efficiently using a common linguistic tool forming a global community of ideas and knowledge that can smoothly flow among them.

Their mission is not easy! Even if they have acquired the language during their school years, this knowledge does not provide them with what they need to cope with the demanding field of academia. Foreign Language (FL) classrooms focus on General Standard English and basic social interactions but not on Academic English. Moreover, students are not prepared for cross-cultural communication. Nowadays, English is used as a language for cross-cultural communication in academia, which has been developing into an international field whose interlocutors bring their linguistic and cultural “luggage” into the interactions (Faber, 2010)

They also have to cope with the high demands of their institutions for written academic language (articles, journals and scientific books) as well as oral language so as to attend university lectures, courses, seminars and conferences. Also, they are expected to describe their research, argue and defend their opinion and generally get their point across in a number of situations varying from extremely formal (conventions) to semi-formal or informal (private discussions with fellow students / colleagues).

Additionally, international students have to cooperate with each other and lead a life in a new “language – scape” (Smit, 2010, p. 64), dealing with the language of the community where their program runs. In this highly demanding linguistic environment they are expected to thrive not only for their own further development but also for their institutions’ good reputation. English as a Lingua Franca, is the linguistic instrument that makes this effort more attainable in terms of the educational expectations, because all academic stakeholders (students, researchers, and teachers) use a common linguistic tool.

The concept of a lingua franca to serve academia is nothing new; different languages (e.g. Latin) have been used since different academic communities have pursued communication and interrelation.

Dealing with ELF for academic purposes is a complex issue because:

a. ELF still remains almost uncharted territory in the area of applied linguistics.

b. It has to fight against the fossilized attitude that non- native speakers should assess their proficiency against native speakers’ language competency.

III. Delving into the Use of English as a Lingua Franca in University Settings.

Up to now, the most in depth and valid research on English as a lingua franca in academia (ELFA) has been conducted via Helsinki University (www.eng.helsinki.fi/elfa/self). Although speaking for academic purposes has not attracted as much interest as written texts (Mauranen, 2012), this research has been based on spoken interaction mainly because:

Two main features that the ELFA project focuses on within university students’ oral interactions are discourse and : lexicogrammar features.

Clarity of meaning and common understanding are the key issues within international students’ interaction. As non-native English speakers address (at least most of the times) other non–native speakers, they are very aware of the fact that their ideas cannot be easily conveyed for a number of reasons (e.g. different level of proficiency, linguistic background).

Contrary to popular belief, effective ELF spoken communication in international settings and events does not necessarily depend on being a native speaker or speaking with grammatical correction. It does depend on a number of other things, however, such as clarity, good organization, content relevance, voice tone, intonation,
(Faber, P., 2010, p. 26 – 27)

As a result, they apply communication strategies that target explicitness. To achieve this, interlocutors mainly implement three strategies:

a. Negotiating topics (eg. one of my friends she tried to enter the university): Mauranen (2010; 2012) has chosen the term negotiating topic since this feature is evident when the speaker feels that the topic is at stake.

b. Metadiscourse:. both in monologues and in dialogues (eg. by way of illustration let us now consider, my point is, I don’t know if you are familiar with…) (Mauranen, 2010; 2012).

c. Rephrasing. Repetition in the form of rephrasing as a rhetorical function to achieve clarity has gained ground and is considered to play an important role in making lectures more comprehensible (Mauranen, 2010).
Negotiating topics, metadiscourse and rephrasing serve a very important goal, which goes further than comprehensibility;

they contribute to [..] social cohesion, the achievement of which is of particular concern in situations where a variety of linguistic and cultural backgrounds come together (Mauranen, 2010, p. 18)

It is claimed that lexicogrammar is the field where the biggest discrepancies from Standard English can be found (Mauranen, 2010; 2012); the use of articles and prepositions, plural formulation, lack of accuracy in the third person singular verb endings, extended use of the progressive–ing even with stative verbs are a few typical examples of this kind of differentiation. These findings however are not so surprising. Actually, α systematic research of ELF interactions in general settings conducted by the Vienna Oxford International Corpus of English (VOICE) has shown a degree of regularity of certain discrepancies of Standard English evident in ELF.

Just like in the VOICE results, the discrepancies detected by the conductors of the ELFA project are so regularly repetitive that they cannot be considered simply momentary slips of tongue. Quite the opposite, they should be considered as an integral part of ELF communication (Hülmbauer, 2009 in Mauranen, 2010). Moreover, when these differentiations result in better understanding and promote communication in the complex setting of international academia then

“simplifications of the forms, or drawing on analogies from other shared languages can be an asset rather than a hindrance.” (Mauranen, 2010, p. 18)

On the other hand, academia is not as tolerate towards ELF features when it comes to written communication. Following Standard English principles is an important element of writing acceptable English, based on the idea that in oral communication certain discrepancies from the rules can blend into the speech and go unnoticed, mostly because of good communication and presentation skills; on the contrary, articles can be rejected because of inadequate linguistic form or other issues related to discourse, syntax and vocabulary. So, when it comes to written tasks, students are advised to follow the rules to avoid any kind of frustration (Faber, 2010).

The widespread use of English as a lingua franca is not without objections. Reservations include:

1. can non–native speakers learn as much or equally well through the medium of English? Research has shown that university students can achieve the same success using English compared to earlier stages of their studies when the whole program is delivered in their mother tongue. (Mauranen 2012).

2. can ELF in higher education alter the whole concept of teaching English to non–native speakers. Apparently, ELF can lead to a number of implications within the field of English pedagogy to non–native speakers. Studying ELF features can influence lesson-planning, focusing on linguistic issues that could cause problematic intelligibility.

Another point to consider is related to the assessment criteria. The evaluation of competency in English in international settings (e. g. TOEIC) should reconsider what aspects of the language need to be tested to assess a candidate’s communication skills (Ranta, 2006). Mauranen (2012) goes a bit further suggesting 2 more changes:

The use of English as a lingua franca in University settings, like in any other cases of ELF usage, needs to go further than native–non native approaches and linear distinction between L1, L2 because this kind of discrimination sets a qualitative factor to distinguish the languages and their users which is rather unrealistic: in International settings we target efficient communication rather than proficiency and develop mutual understanding and respect;

Most interlocutors are aware of how English functions within their international university settings. Maybe, the last thing academia needs is linguistic burdens and old- fashioned prejudices that distinguish between educated native speakers and inferior non–natives who always try to reach a native– ike level of linguistic competency.

So, what do you think? Can English as a lingua franca in academia change our idea about teaching English in general? It remains to be seen.

VASILIKI LISMANI teaches English as a Foreign Language in Pireaus, Greece. she holds a Bachelor in Education from National and Kapodistrian University of Athens, Greece, an MA in Special and Inclusive Education from Nottingham Trent University, UK, She is certified with CiSELT (Certificate in Secondary English Language Teaching) and CELTA. And has been a board member of TESOL Greece since March, 2017.