What is it really like teaching Chinese students? What’s it like Teaching English in China? These were questions I had never considered until I went to China in 2011 to teach at a Chinese university. I was not new to the world of EFL teaching. In fact I had been an EFL teacher for my whole life, ever since I stepped into a French elementary school in 1974, in fact. Next I taught Israeli high school kids for 30 years. So I was a seasoned teacher. But nothing could really prepare me for what I experienced in my 3 years teaching in China 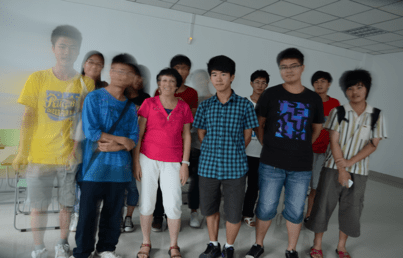 On my first day teaching at the University I walked in to a sea of Chinese faces. There were about 40 students there, second year English majors. My first surprise was that they stood up politely when I walked in. I began by introducing myself and asking them to tell me something about themselves and their studies, and inviting them to ask me questions. I could see that they were curious and wanted to ask but I was nevertheless greeted by a stony silence. It was hard to proceed when everything I said was received with polite attentiveness and curiosity, but with no active participation and no replies to my questions. Very quickly I understood that my teacher training and my experience were not going to be very helpful here.

Everything that you can imagine over there was different from what I knew about the EFL classroom experience. At my teacher training course I had learnt about “the communicative method”, eliciting answers from students rather than feeding them, getting students to use language in a “meaningful context”. I studied before the advent of “the flipped classroom”, where students are the focus and the teacher tries to step aside, but I certainly believed in the concept of students as the focus of the classroom. In the communicative method, students would make their own scenes and write their own materials. Students would be the focus of the learning, instead of the teacher. Back in Israel, increased student talking time had been my aim. I had emphasized student participation and tried to minimize my role as “bearer of knowledge” and authority – I had done project work, research, group and pair work assignments. But when I walked into my classroom in Zhejiang Province in China, and was confronted with so many silent faces I quickly realized I was going to have to rethink everything. Any open question such as “Who would like to suggest…?” or “What do you think about….?” just weren’t going to work.

Chinese students are taught to be quiet, obedient, not to “stick out”. If you make a mistake it’s very bad. This is of course the OPPOSITE of what we try to teach our learners. Have a go! Don’t be shy! It doesn’t matter if you are wrong, if you make a mistake! That’s when you learn! All these concepts are alien to the majority of Chinese students. Even if they want to try to participate in class, they are paralysed with the fear of making a mistake. The ancient Chinese concept of “Lost face” looms over most of their endeavours. I made it fun and different. Students learned to believe me when I told them I would not punish mistakes- I would not grade them on performance alone.

I used group and pairwork. I got them to write and perform dialogues, and play games. Gradually they trusted me. They wrote scenes set in grocery stores, in restaurants, in the school library and in the mall, then performed in front of the class. They built dioramas and models of Mark Twain’s house. They even made videos of alternative endings to “Romeo and Juliet”. Two kids made a working model of “An Incident at Owl Creek” and explained it to the class.

But how on earth was I going to make them participate? Students just lowered their gaze to avoid contact, and did anything to avoid answering me. Why were they so afraid? I asked them about it. One student volunteered an explanation that gave me an insight into the traditional Confucian way of teaching “The nail that sticks up is the nail that gets hit on the head” he confided. I understood that the “fear of being hit on the head” not literally, but being made to lose face in front of your peers was the reason for their paralysing fear. Apparently, Chinese teachers expect complete silence in the classroom, and students will only “speak when spoken to”, kind of like kids in Victorian England. The key was to get them to see that for me none of this was relevant. I explained it to them. I told them that making a mistake is a good thing. Was I scary- I asked them? They finally relaxed a little and giggled. They assured me that I wasn’t scary, that I was beautiful, that they loved my hair. They wanted to know about my family, my husband, why we had come to China. In fact they wanted to know a lot, they were just scared of asking. Gradually I devised ways to get them to answer questions and participate more actively. By the end of a few weeks, they were writing their own scripts for scenes and presenting them to their classmates. It was hard to get them to be creative and not do the exact same scene that I had given as a demo, but eventually they dared to do it.

The Teacher as Counsellor

I also made it clear that I was available to answer questions, on anything, outside the classroom time. Sometimes students were happy to come and ask me questions, but would not do it in front of others. I had an office hour, during which I became a kind of surrogate mum or school counsellor for them outside of class time. They would come and tell me their problems and seek advice on all kinds of issues- what to do about a room mate who was disturbing their study time, should I continue to see this boyfriend, how can I apply to a University in the UK, and many other problems. 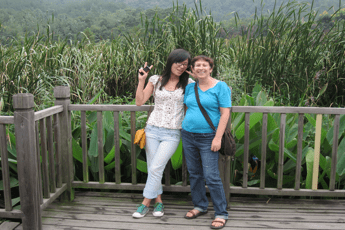 One of the most common complaints I heard was “I hate my major”. I discovered that most students had not chosen their major, but that their parent or uncle had chosen it for them. I had not anticipated any of this, but being an older person and being an outsider had advantages. I was not their Chinese teacher. I was a strange, alien being called a Foreign Teacher. Foreign teachers behave oddly and make you do odd things. But you get to speak English, not just read and do grammar exercises. And since they are outsiders, you can confide in them. I found this fascinating and it gave me an amazing window into the world of a 20-year-old Chinese student. Some students began to come over to our campus apartment and hang out with us, and we even went on a weekend trip with two girls to a village, which was one of the highlights of our 3 years in China. But that, as they say, is another story…

Ruth Sheffer hasbeen a teacher of EFL for almost 30 years,during which time she has taught at all levels, and many age groups from Middle School up to adults.She has taught at Intel, the Open University , the Hebrew University,and High Schools. She has also done a certain amount of freelance language translation and editing in a variety of fields, medical and technical texts as well as many different academic fields.She is currently teaching Literature to English Majors in Lin'an,China.