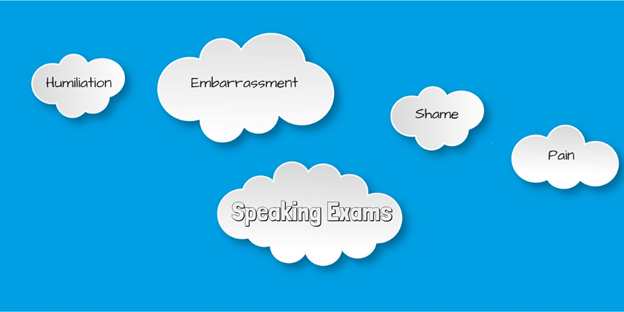 Students the world over look at speaking exams with absolute dread: a time for humiliation, embarrassment, shame and all the other words you’d copy and paste from the thesaurus. As educators, it is our job to take away the pain and replace it with happy, fun-filled experiences in which learning happens spontaneously, naturally and without punishment.

One problem, though, is that speaking exams are often an exception. The student is teleported from a comfortable learning environment into a torture chamber: a place where every word feels scrutinized and every mistake amplified.

In my time teaching at Korea Polytechnic University I was given freedom to experiment. While I couldn’t quite confine the curriculum to the dustbin, I had complete autonomy over lesson planning and exam design. Here is how I brought peace to the galaxy speaking exam:

Don’t throw them for a loop.

So you spend a whole semester listening to your students have sparkling conversations in pairs or groups. Rarely, if ever, do they have one-on-one conversations with the teacher, unless it’s as part of a whole class discussion, or break time chitchat. Then it’s speaking exam time and it’s a one-on-one interview. And probably with a rubric that looks like a Rubik’s Cube! What’s up with that? Test them on what they’ve been doing in class. If they mainly have pair/group discussions, don’t throw them into interview hellfire.

Are you training your students to be Shakespearean actors? No? Then why are you asking them to memorize scripts? It’s a complete waste of time. Not only is it as unnatural as industrial vegetable oil, it adds unnecessary anxiety. Rather than just practicing their speaking skills, they’re worrying about forgetting words! Unless you’re looking for the next Laurence Olivier (good luck!), forget it. Test your students’ speaking skills, not their working memory. Build confidence, not crushing disappointing.

The focus is speaking, or as Merriam-Webster puts it, “to express thoughts, opinions, or feelings orally.” A rubric for a speaking exam could be as long as a sperm whale’s arm, so focus on what your students need. For lower level learners, there is no doubt that speaking skills make a huge difference.

Examine their ability to:

Class after class, I discovered that students at Korea Polytechnic University had enough vocabulary, enough pronunciation practice and enough grammar. All they were missing were the skills! How many ‘native’ speakers have all the English ability in the world, but have the conversational acumen of a garden hedge? 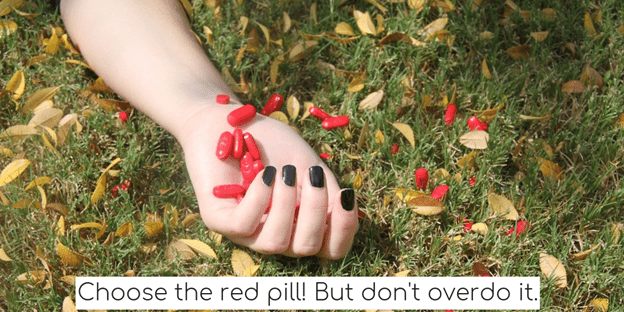 Short of fast-forwarding the introduction of augmented reality into our classrooms and transporting our students to Wonderland at the push of a button, we have to make do with what we have and we have to make it realer. How? If you have access to a computer, a projector and some nice speakers, use it to your advantage.

Throughout the semester my classroom resembled:

Don’t be afraid to really go to town with your students and experiment. My immersive classes proved to be very popular.

The students no longer felt they were in a language laboratory; they were in the real world, having real conversations. Such environments then formed the backdrop for my speaking exams: the pub, the coffee shop, around the water cooler…it made a world of difference.

If students feel deserving of a medal of valor for passing your speaking exams then there is something seriously wrong. It’s a test of verbal expression, not courage, fortitude or overcoming immense pain and suffering. Make it easy for them: test what they’ve been doing in class, focus on actual speaking aptitude and create comfortable environments. You’ll see the difference immediately.

Let me know your thoughts.

Wayne Finley has lived and breathed education in South Korea for over 11 years. Passionate about helping teachers, he has delivered over 25 different presentations across the peninsula. Most notably, he gave a TEDx talk in 2018 on the pitfalls of overworking. At present, he is the coordinator for teacher training in Korea TESOL, a regular trainer for Korean public schools, and an assistant professor at Tech University of Korea.

I failed. She gave me a stern look. It was 20 years ago in France, and in French I said politely, nicely, and with…